With AWS and Azure leading the way, it’s easy to think the future of on-premises infrastructure is grim. Before you say, “we’re migrating to the cloud,” realize on-premises is alive and well, and probably always will be.

To Cloud Or Not To Cloud

When considering cloud vs. local options, one thing becomes quickly clear: There is no one-size-fits-all answer. Companies must weigh their choices while considering specific needs, resources and business environment. Moving to the cloud or sticking with local hardware usually comes down to one thing: money. Established, mature companies that have already invested in on-premises hardware are more likely to stick with that hardware until failure or until budgetary cycles allow for upgrades. But even when funding is available, it’s not a shoo-in a given company will opt for the cloud.

In a CIO Dive article published last March, Spiceworks Senior Technology Analyst Peter Tsai addressed these ideas. “Even though a new technology might be the buzzword of the moment, the traditional technology never really went away,” he said. Tsai believes on-premises servers can be the more affordable route, “especially if you’re going to hold on to them for seven or eight years as we see some organizations doing.”

Pros and Cons of Each

After assessing costs, the pros and cons of each option will help businesses decide if the cloud is right for their business needs. Consider this matrix:

Take-away: Companies expecting rapid growth and who may not have in-house personnel to manage all the tasks of on-premises infrastructure should give the cloud a very close look. If they’re just getting started or otherwise can’t swing the capital expenditure of hardware, the cloud is nearly a no-brainer.

For many other companies, however, on-premises doesn’t put them at a strategic disadvantage. According to the CIO Dive article (published a few months before the end of 2008 support), nearly three in four companies surveyed by Spiceworks planned on new server hardware purchases in the next three years. Given the lifespan of such gear, that means on-premises will be alive and well for years to come. Even the end of extended support for SQL Server 2008 last year did not equate to a mass migration to the cloud.

As many companies have discovered, you can leverage the advantages of on-premises infrastructure and cloud-based VMs with a hybrid model. One of the key factors in implementing a successful hybrid strategy is consistency in platform management. Use the same company for on-premises infrastructure and cloud data to ensure optimum server interaction, performance and reliability.

With its Azure Stack, Microsoft brings Azure to your datacenter, providing the best of both worlds — the flexibility and power of the cloud, with the control and customization of on-premises. Even better, with Azure Arc, you don’t even have to use Azure. It’s a new kind of flexibility when you can opt for Microsoft’s platform, or AWS or Google Cloud Platform, for “cross-cloud” management. It’s hard to argue with Microsoft CEO Satya Nadella, who says Arc means “a new era of hybrid computing where there is a control plane built for multi-cloud and multi-edge.”

Likewise, VMware HCX (Hyper Cloud Extension) makes a hybrid model easy to manage. “VMware customers now can create their own hybrid infrastructure, balance and migrate VMs to and from the cloud, and integrate their cloud with on-premises datacenters,” reports Alex Samoylenko. He also states, “VMware HCX can become a first real chance in creating an actual hybrid cloud and multi-cloud ‘hybrid infrastructure’ (v5 Multi Cloud). As of now, the users are already in dire need of more mobility and resources of both major public cloud providers and specialized platforms such as Telco Clouds (SDN / NFV).”

Moves like this from key vendors signal that hybrid is the sweet spot for many companies. It’s here to stay. By definition, the hybrid model means part of the data is still handled locally, so for that and other reasons, on-premises has plenty of life left in it still. 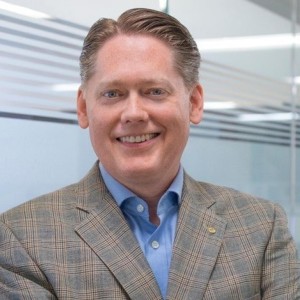 In 2014, one of our consultants wrote a highly popular blog blending Christmas with SQL. Last year, we revived the idea, and this year we’re trying to establish How to Apply your Craft to Your Hobby: SQL Data Analysis and Athletic Training

I am very grateful for the career I have passionately pursued these last 20 years, working for small, medium, large, and enterprise companies around the

I founded SQL Solutions Group 10 years ago (October 2010). In that time, we’ve done more than 100 Health Checks on customer systems. Based on